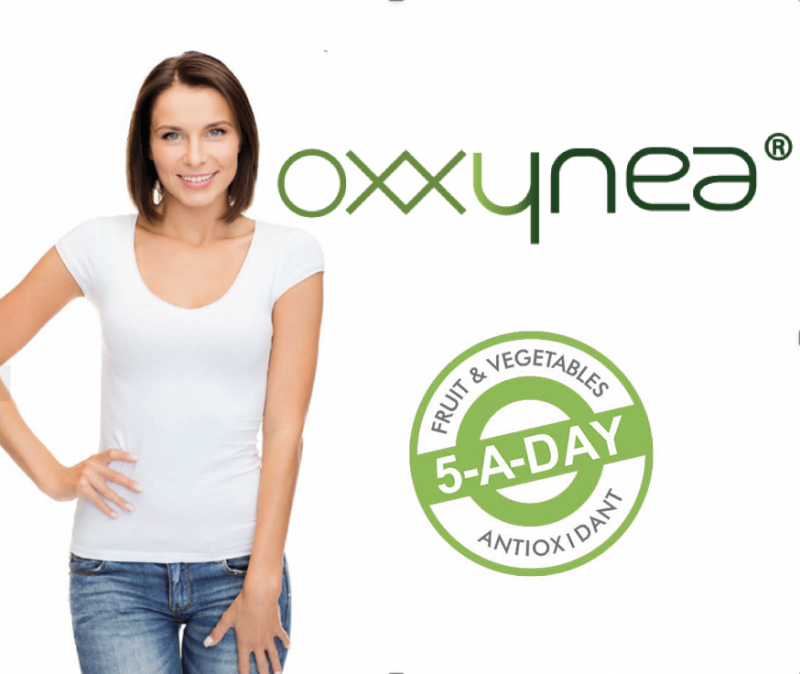 Unhealthy lifestyle and eating habits may impair the antiradical defense potential, leading to a higher occurrence of free radicals in the body. Fytexia developed Oxxynea® from a selection of 22 natural non-GMO extracts and concentrates to deliver an authentic spectrum of polyphenols. Acting as antioxidants, the spectrum of polyphenols in Oxxynea® scavenges free radical species to offer health benefits traditionally found in a Mediterranean diet.

While Oxxynea® delivers a similar amount of polyphenols as the level measured in 5 servings of the most consumed fruit and vegetables (19% difference as assessed with Folin-Ciocalteu analysis), Oxxynea® shows a significantly higher antioxidant capacity (82% increase as assessed with the ORAC 5.0™ assay)*. This was confirmed with the KRL ex vivo assay, which demonstrated that Oxxynea® increases the resistance of whole blood to oxidative stress by 214% when compared to the result obtained from an example of 5 servings among the most consumed fruit and vegetables*.

Demonstrated health benefits of Oxxynea® in an animal model:

In collaboration with the laboratory “Nutrition and Metabolism”, University of Montpellier, France.