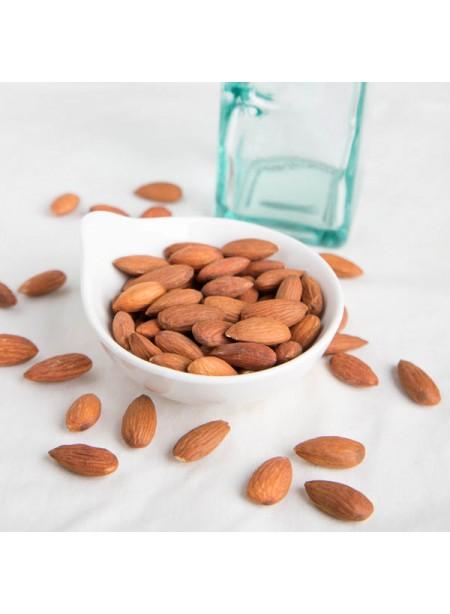 Almond Snow Cone Syrup is an easy way to add great flavor to your snow cones. Making the ultimate way to cool off on the hottest of days, our snow cone syrups are filled with great natural flavor. Perfect for snow cones made at home and for those created at your place of business, this almond flavor is all you ever wanted and more. Almond Snow Cone Syrup is vegan, kosher, and gluten-free.

Nature's Flavors' Almond Snow Cone Syrup is made with only the highest quality ingredients. We have been making syrups for over twenty five years!

Almond Snow Cone Syrup can be used in so many ways. One of its most popular uses is in coffee as a flavor and sweetener. In an 8 ounce cup of coffee, add 1 to 2 teaspoons of syrup (depending on your sweetness preference). If you have a way to make homemade ice cream, then Natures Flavors Almond Snow Cone Syrup will make the greatest almond flavored ice cream you have ever tasted. Simply add one tablespoon of Almond Snow Cone Syrup to 16 ounces of half-and-half and mix thoroughly. Then add 1 cup of organic corn syrup or honey. Finally, add 1 teaspoon of Natures Flavors Vanilla Extract, mix and allow it to chill for 1 to 2 hours. Once chilled, you can begin adding the mixture to your automatic ice cream maker. This recipe works great in most automatic ice cream makers like the Cuisinart frozen yogurt, ice cream and sorbet maker. Natures Flavors' Almond Snow Cone Syrup is also excellent for baking. It is very heat stable and will bake well without a significant flavor loss. It is excellent in cookies, cakes and icings. You can add a little to puddings and custards for a little extra flair. In addition to these uses, our Almond Snow Cone Syrup can be used in the following applications: Italian sodas, snow cones, shaved ice, smoothies, pancakes, waffles, milk shakes, sherbets, sorbets, frozen yogurts and icings.

Everybody's nutty about nuts! Especially when you're talking about the tasty, savory flavor of organic almonds. The flavorful goodness of almonds has graced the recipes and palettes of humans dating back to 1400 BC. The bible tells of Aaron's rod that blossomed and bore almonds, using them as a symbol to represent God's divine approval. In 100 AD, the Romans showered newlyweds with almonds as a fertility charm.