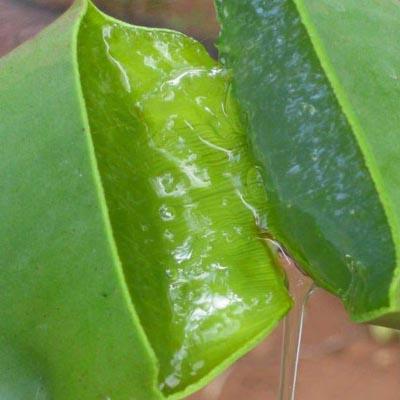 Aloe, a member of the lily family that more closely resembles a cactus in appearance and habitat, has been used in natural medicine for thousands of years. Today, we value it chiefly for its "aloe vera," a gel scraped from the inside of its fleshy spiked leaves, that can be used as a salve to relieve burned or irritated skin. There is more to this ancient plant, however, than the mucilaginous gel that is used to soothe skin. Many people maintain that the use of aloe "juice" has digestive benefits, too. The efficacy of aloe extract for treating constipation is comparable with Senokot, a drug widely recommended in conventional medicine as a laxative agent, says a research team led by O.A. Wintola, based on a study published in the August 2010 issue of "BMC Gastroenterology." The study involved animal models and aloe's laxative qualities were determined when subjects received 200 mg/kg body weight of the aloe extract for seven days. Although aloe seems to be an effective laxative, Boom suggests to not use aloe vera extract on a regular basis for a long period of time because may cause adverse reactions such as developing tolerance, allergic reactions, abdominal cramps and kidney problems.