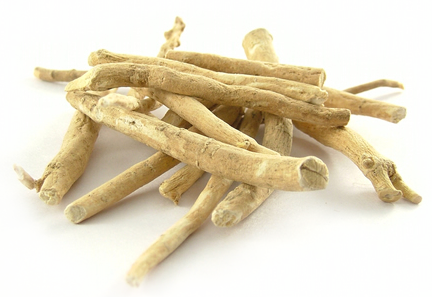 Ashwagandha (Withania somnifera Dunal) is the most popular Indian botanical plant and has been in use in Ayurveda, the 5,000 year old Indian system of medicine, as a rejuvenative and a daily tonic for many centuries. It is only now that ashwagandha is experiencing major growth worldwide because of a burst of recent studies in pharmacology.

Ashwagandha embodies the very essence of the preventative and curative approach to health in Ayurveda. Ashwagandha operates at the level of the overall body system by helping maintain balance in the substances and processes running in the human body. Ashwagandha is a small, woody shrub in the Solanaceae family that grows to about two feet in height. It can be found growing extensively in India as well as in a few parts of the Mediterranean and Africa. As a result of this wide ranging habitat, there are considerable morphological and chemo-typical variations in local species. However, the root phytoactives of both the wild and the cultivated species appear to be the same. The roots are the main portion of the plant that are used therapeutically.