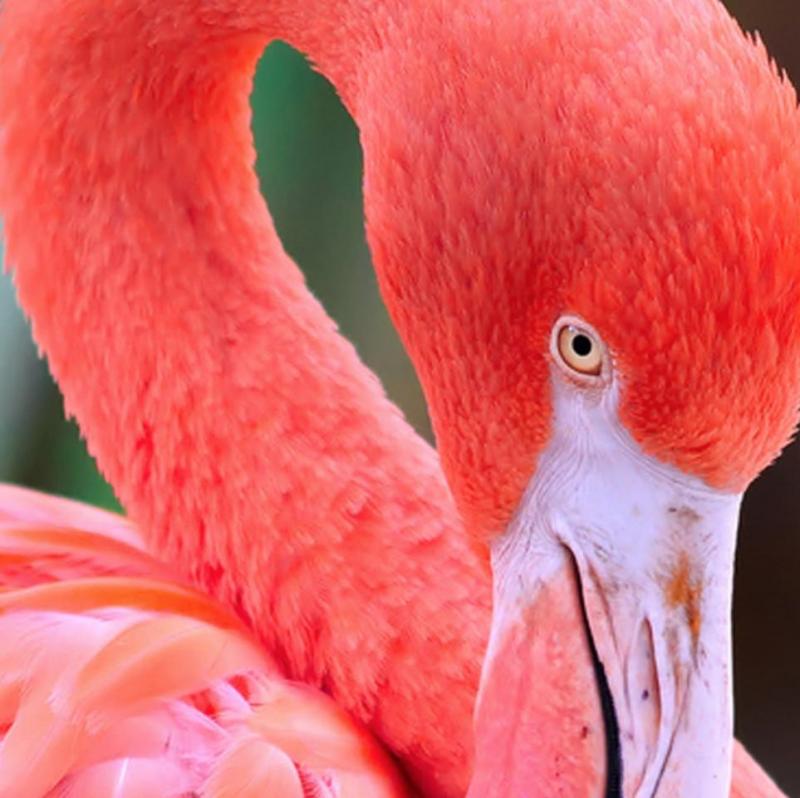 Why is Virun like a flamingo? Because it’s astaxanthin is beautiful, that why.

A flamingos’ feathers are those brilliant shades of pink, salmon and red because of the carotenoids found in the briny shrimp and the algae that makes up the majority of their diet. Astaxanthin is a naturally occurring carotenoid well known for its therapeutic benefits and antioxidant properties. It is pretty, but it is also stinky. Astaxanthin smells fishy, so it has typically been found in tablets and softgels, which removes the ingredient from much of consumers’ marketplace. Many people aren’t able to swallow capsules or just don’t wish to take yet another pill. Additionally, carotenoids are insoluble and difficult to get into the bloodstream.

Astaxanthin is a naturally occurring carotenoid found in nature primarily in marine organisms such as microalgae, salmon, trout, krill, shrimp, crayfish, and crustaceans. The green microalgae Haematococcus pluvialis is considered the richest source of astaxanthin. Other microalgae, such as Chlorella zofingiensis, Chlorococcum spp., and Botryococcus braunii, also contain astaxanthin. It may also be found in the feathers of birds, such as quail, flamingo, and storks, as well as in propolis, the resinous substance collected by bees.

Carotenoids are well known for their therapeutic benefits in the aging process and various diseases, because of their antioxidant properties. Astaxanthin is a xanthophyll carotenoid like lutein, zeaxanthin, and cryptoxanthin, which do not convert to vitamin A.

According to a review published in the Natural Medicine Journal,carotenoids are of interest based on their beneficial mechanisms of action for cancers, cardiovascular disease, age-related macular degeneration, and cataract formation. Numerous studies support the use of astaxanthin as a potent antioxidant that may be beneficial in decreasing the risks of certain chronic diseases. It may also reduce oxidative stress in the nervous system, reducing the risk of neurodegenerative diseases. Additionally, astaxanthin has well-documented anti-inflammatory and immune-stimulating effects.