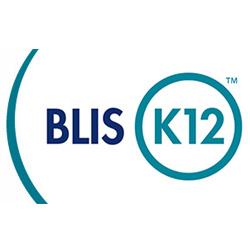 BLIS K12 for Oral & Immune System Health Streptococcus salivarius (S. salivarius) is one of the most numerous bacterial strains found in the mouth of healthy individuals. However, only a small percent of people have naturally occurring S. salivarius with the health-supporting attributes of BLIS K12™. The BLIS K12 strain was originally discovered as scientists tracked the oral health of a child with exceptional throat health for several years. Scientists found that a particular strain of S. salivarius (later named BLIS K12) was associated with ear and throat health. BLIS K12 is an advanced probiotic for oral cavity (mouth) and upper respiratory tract health. It is a specific and proprietary strain of S. salivarius which acts to maintain fresh breath naturally while supporting mouth and upper respiratory tract health