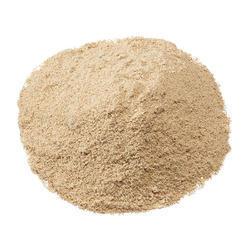 Boswellia serrata (N.O. Burseraceae) is a large, much branched, deciduous tree that grows abundantly in the dry, hilly parts of India. It is known as “Dhup”, Indian Frankincense or Indian Olibanum. Since ancient times, resins have been important in the preparation of incense, medicines, cosmetics and perfumes.

The Egyptians, Hindus, Persians, Israelites, Greek, Romans and the Europeans of Queen Victoria’s times greatly valued these materials. Olibanum, the resin from the Boswellia species has been used as incense for centuries. However, its major use today is as a fixative in perfumes, soaps, creams lotions and detergents. In India, the gum resin exudates of Boswellia serrata, known in the vernacular as “Salai guggal”, has been used in the Ayurvedic system of medicine in the managements of several inflammatory conditions and as a topical anti-inflammatory agent.

The major use of Boswellia serrata in contemporary medicine is as an anti-arthritic and anti-inflammatory pharmacological agent.