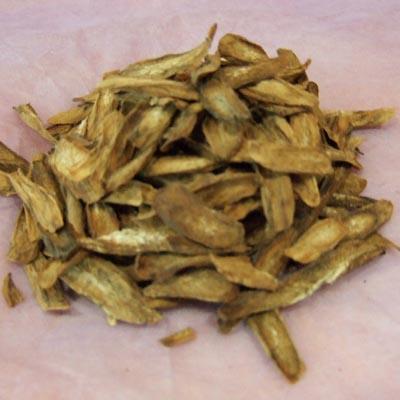 Burdock root is a taproot of greater burdock plant, used as a vegetable and medicinal herb. The plant is a short biennial, which believed to be native to Northern Europe and Siberia. In Japan, popular as gobo, it is cultivated as a major root herb since ancient times. However, burdock grows as a wild, easy growing hardy plant almost in any parts of the planet.