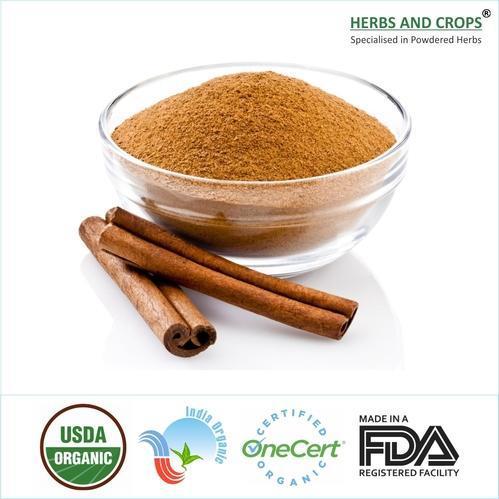 OurOrganic Cinnamon Powdercan be used for making Cinnamon Bakes, Cookies, Cinnamon Bread, Churros, and various other food items. Its savoury taste makes it one of the most used spice in the all cuisines.

It is also the most suitable quality for various health product formulation as per Ayurveda. Its richness in antioxidants makes it one of the best supplement for weight loss. We are among the most prominent supplier and exporter of CertifiedOrganic Cinnamon Powderand other related products.