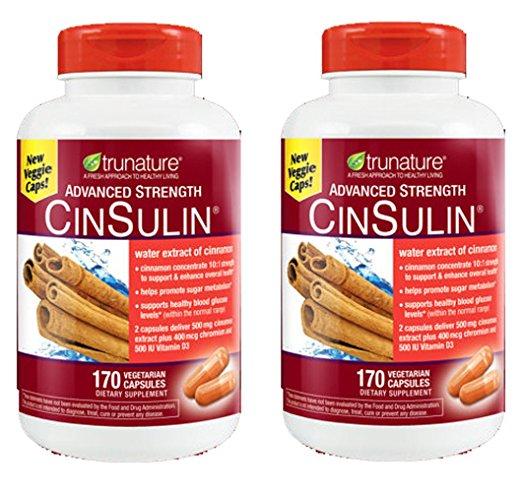 The whole cinnamon found in most cinnamon supplements is just ground-up cinnamon bark, and so is the cinnamon in most kitchen spice racks.

CinSulin is extracted from Cinnamomum Burmannii, standardized to not less than 3% Type-A Polymers.