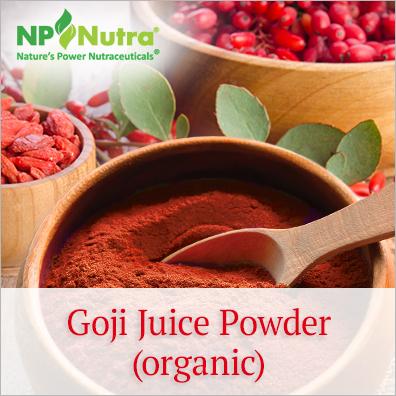 In addition to having complex B-vitamins, Goji has higher levels of Vitamin C than oranges and more protein than whole wheat. Goji contains 21 trace minerals, including germanium, a trace mineral rarely found in foods. Goji also contains Beta-Sitosterol, an anti-inflammatory agent. Goji berries are among the richest sources of carotenoids of all known foods. It has a complete spectrum of antioxidant carotenoids, including beta-carotene (a better source than even carrots) and zeaxanthin (promotes eye health).

Scientific research on Goji in the last 10 years has shown great promise for Goji in the areas of weight loss, joint health, anti-aging and cardiovascular health.