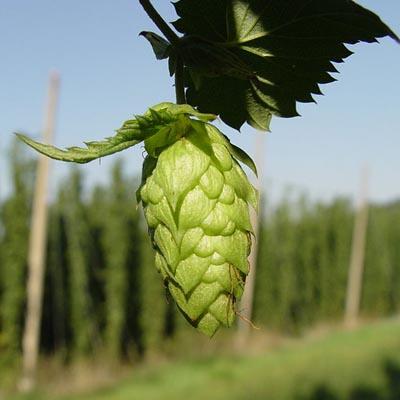 Hops are the female flower clusters (commonly called seed cones or strobiles), of a hop species, Humulus lupulus. They are used primarily as a flavoring and stability agent in beer, to which they impart a bitter, tangy flavor, though hops are also used for various purposes in other beverages and herbal medicine. Xanthohumol (XN) is a prenylated flavonoid found naturally in the flowering hop plant (Humulus lupulus) which is commonly used to make the alcoholic beverage known as beer. Xanthohumol is one of the major constituents of Humulus lupulus. Xanthohumol has been reported to have sedative property, Antiinvasive effect, estrogenic activity, cancer-related bioactivities, antioxidant activity, stomachic effect, antibacterial and antifungal effects in recent studies. However, the pharmacological functions of xanthohumol on platelets were not yet understood, we are interested in investigating the inhibitory effects of xanthohumol on cellular signal transduction during the process of platelet activation.