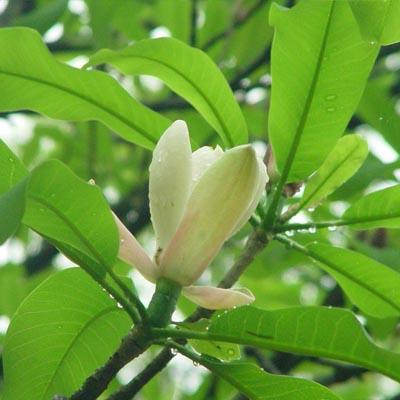 What is Magnolia Bark Extract produced in NutraMax? Honokiol is a biphenolic compound present in the cones, bark, and leaves of Magnolia grandifloris that has been used in the traditional Japanese medicine Saiboku-to as an anxiolytic, antithrombotic, anti-depressant, anti-emetic, and anti-bacterial. While early research on the effective compounds in traditional remedies have simply used whole magnolia bark extracts, known as houpu magnolia, recent work has identified honokiol and its structural isomer magnolol as the active compounds in magnolia bark. In the late 1990s, honokiol saw a revival in western countries as a potent and highly tolerable anti-tumorigenic and neurotrophic compound. Magnolol is a bioactive compound found in the bark of the Houpu magnolia (Magnolia officinalis). It is known to act on the GABA receptors in rats, as well as having antifungal properties.