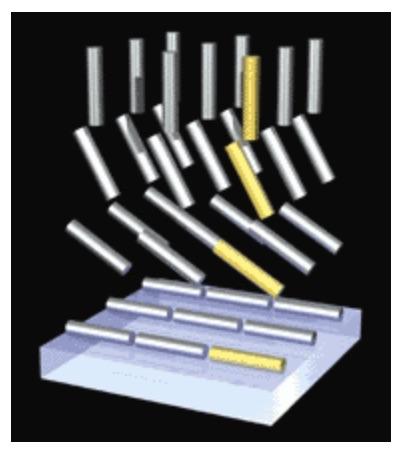 A Beautiful Image Should Be Beautiful from Every Angle

NH Film possesses a hybrid-nematic structure of liquid crystalline polymers in which the tilt angles of the polymers vary gradually relative to the normal orientation of the film. The film greatly improves the viewing-angle performance, which is a problem with conventional thin film transistor (TFT) LCDs. The film maintains the contrast and suppresses the color changing and the gray-scale inversion, so it keeps the images natural and recognizable even when viewed from oblique angles.
In transflective displays, NH Film functions as both a viewing angle improver and a nematic sheet, so it boosts the panel performance while reducing the number of optical sheets.