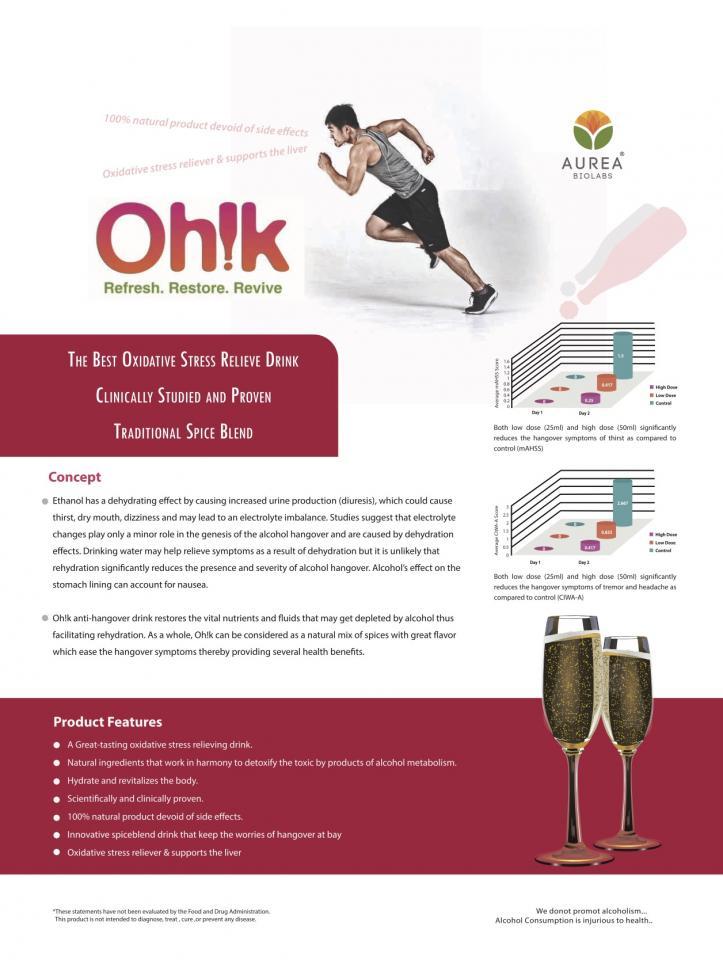 Oh!k is an oxidative stress relieving drink that restores the vital nutrients and fluids that may get depleted by alcohol thus facilitating rehydration. As a whole, Oh!k can be considered as a natural mix of spices with great flavour which ease the hangover symptoms thereby providing several health benefits.

Ethanol has a dehydrating effect by causing increased urine production (diuresis), which could cause thirst, dry mouth, dizziness and may lead to an electrolyte imbalance.Studies suggest that electrolyte changes play only a minor role in the genesis of the alcohol hangover and are caused by dehydration effects. Drinking water may help relieve symptoms as a result of dehydration but it does not significantly reduce the presence and severity of alcohol hangover. Alcohol’s effect on the stomach lining can account for nausea.