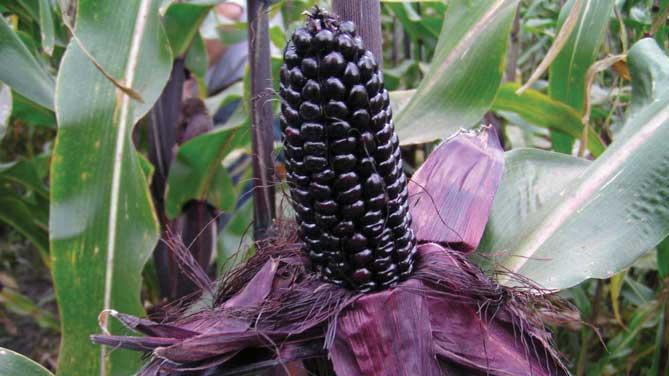 Purple corn was once a sacred crop to the ancient Incan civilizations. Now hundreds of years later, it is grown commercially in its native land of Peru. Historically it was valued for its use as a natural colorant for foods and beverages as well as for its role in making a popular drink called “chicha morada.”  Today’s markets still acknowledge the more traditional uses while research into the health benefits of this particular type of corn have made it a sought-after ingredient in the functional foods and supplements markets as well. Researchers have discovered the significant role of purple corn and its effects on cellular health, obesity, diabetes, inflammation and vascular integrity. These health benefits are largely tied to purple corn’s high content of anthocyanins, the antioxidant-rich color pigments that give it its dark purple color. In fact, purple corn has one of the absolute highest levels of a particular anthocyanin—cyanidin-3-glucoside—that has been attributed to a number of significant health benefits in humans. Fun Fact: Offerings of purple corn were given to honor athletes just prior to their sacrifice to Incan gods!