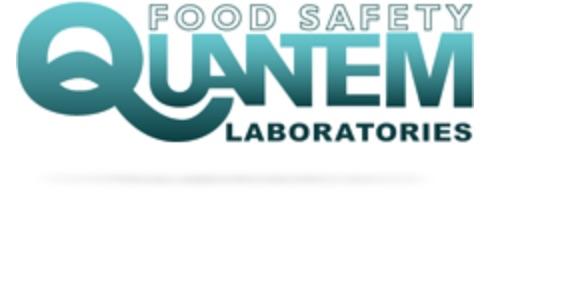 An enumeration of the total aerobic/anaerobic bacterial population of a sample; this test useful in measuring the freshness of a product or to help validate sanitation procedures.

Commonly found in the environment and can be isolated from various processed and raw foods. Its presence in foods; however, is not a meaningful health hazard unless it is able to grow.

Commonly found in the intestinal tracts of warm-blooded animals (birds and mammals). This genus has been associated with many types of illnesses in humans; its presence in food represents a potential hazard to human health.

A ubiquitous organism in nature, this genus can be found as a normal component of decaying vegetation, marine sediment, the intestinal tract vertebrates and insects, as well as the soil. Antibodies to α-toxin are common among the human population; this has led to the conclusion that most people have experienced food poisoning due to C. perfringens.

A ubiquitous organism in nature, humans and animals are the primary sources. Food handlers are usually the main source of contamination in food poisoning outbreaks; equipment and environmental surfaces can also be sources of contamination with S. aureus. Ingesting enterotoxins produced by some strains of S. aureus can result in human infection.

Although not normally pathogenic, coliforms are often referred to as indicator organisms; their presence in a sample can indicate that conditions exist for pathogenic organisms to be present.

The presence of E. coli in a sample indicates fecal contamination.

This family of bacteria (including organisms from several genera) is commonly used as indicators of food quality and food safety.

Yeasts and molds cause deterioration and decomposition of foods.