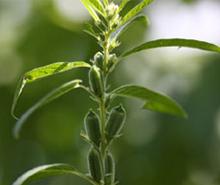 Efficiently Absorbable Vegetable Minerals SESAME MINERALS Although sesame has been considered a food which contains abundant nutrients since the ancient times, most of the minerals are discharged without being absorbed in one’s body due to two absorption-inhibiting substances, oxalic acid and phytic acid, present in sesame. We focused on sesame and its seed coat which are rich in minerals such as calcium. Sesame Minerals is efficiently absorbable vegetable minerals from which we have succeeded, with our original method, in removing only the absorption-inhibiting substances without losing the minerals which sesame originally contain.