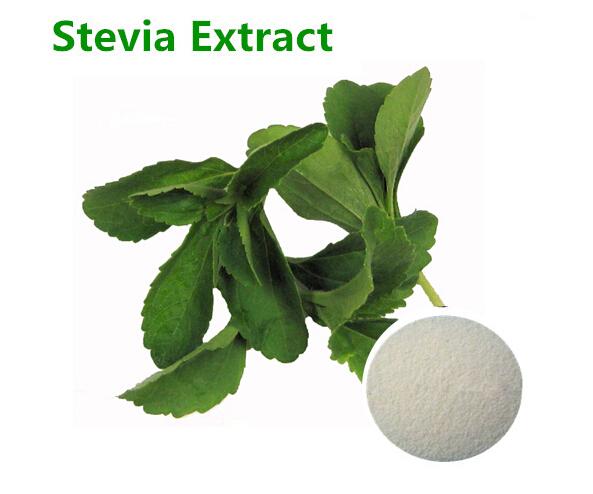 100% Natural 80% Steviosides; 40%~99% Rebaudioside A Natural sweetener, Low Calorie MOQ: 25KG/Drum DESCRIPTION Stevia Rebaudiana is used as herbal sweetener by Paraguay people for over 1500 years. The sweetness in Stevia Rebaudiana is mainly attributed to two glycoside compounds: Stevioside (3-10% of dry leaf weight) and rebaudioside A (1-3%) which can be up to 250 times sweeter than sucrose. Stevia’s greatest appears to be a natural alternative to artificial sweeteners (such as aspartame or sodium saccharin). Stevioside is white or light yellow powder or crystalline in normal room temperature. It has pure sweetness, no odor and its taste is similar to sucrose but its aftertaste lasts longer than sucrose. It contains only one third calorie of sucrose. It is non alcoholic solution, low toxicity and wide range of application. It is called the third natural sugar source after cane sugar and beet sugar.