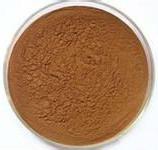 Yohimbe Bark Extract Brief Introduction Yohimbe has been one of the most popular supplements for men and women for years. When ingested,the body converts it to yohimbine and assimilates it into the bloodstream. Yohimbe comes from the bark of a tree that grows primarily in West Africa. Yohimbine, an alkaloid, is the primary active ingredient of yohimbe. Similar alkaloids also play a role. Bodybuilding.com's high alkaline herbal yohimbe is made from the finest sources in the world. What an awesome supplement! Its popularity has been ignited not only by it's claimed effects as an aphrodisiac and hallucinogen, but also new research that shows it could be an herb with very effective antioxidant potential. Research shows it is a vasodilator, which means that it increases blood flow to the extremities and appendages.